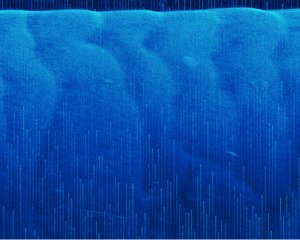 In late August, aquatic scientists from around the world descended upon Tampa, Florida to attend the American Fisheries Society (AFS) 2017 annual meeting. This year’s theme for the national meeting was “Fisheries Ecosystems: Uplands to Oceans.” Battelle scientist, Brandon Jensen, was invited by Adam Kaeser of the U.S. Fish and Wildlife Service to present on how we create bathymetric and morphological maps of NEON lake and river sites. Adam has been collecting bathymetric data using a system similar to the NEON project and has been a valuable contributor to the advancement of our sonar mapping system. He also recently joined the NEON Aquatic Technical Working Group. Battelle relies on almost two dozen of these technical working groups, who serve as advisors and provide input on NEON’s data collection and processing methods; they also help ensure that NEON infrastructure, data and programs are a valuable community resource.

More than 2,000 U.S. and international members attend the AFS conferences each year, which provides great opportunities for Battelle scientists to present to and gain feedback from a wide range of scientists, agency staff, students and professionals focused on the aquatic sciences.  AFS 2017 allowed Brandon to answer questions about the NEON project from his peers, which included interest in comparing their field data to regional data collected at NEON field sites, as well as how to incorporate specific NEON field sites adjacent to their own research sites into their future aquatic studies. “The meeting was a great opportunity to talk with aquatic scientists, agency folks and policymakers about the NEON project’s role in long-term monitoring of fish and macroinvertebrates, as well as aquatic ecosystems in general,” said Brandon.

Adam and Brandon also leveraged the meeting to meet with other attendees to discuss how the aquatic science community might take a more unified approach to collecting and processing sonar data. While sonar mapping tools have been used by scientists in the past for habitat mapping and even mapping of fish movement, there are no standardized methodologies which makes it challenging to compare data. Specifically, using side scan sonar imagery to classify and map habitat features requires experience, which can lead to subjective outputs.

The referenced media source is missing and needs to be re-embedded.