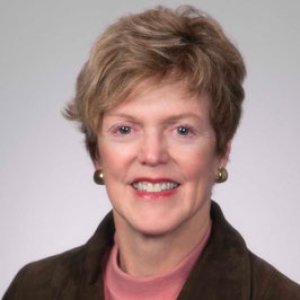 Paula Mabee, the Nolop Distinguished Professor in the Department of Biology at the University of South Dakota, has been selected as the Chief Scientist and Observatory Director of the National Ecological Observatory Network (NEON). The announcement was made today by Battelle, which operates the observatory on behalf of the National Science Foundation (NSF).

Mabee is a professor in the Department of Biology at the University of South Dakota, serving in that capacity since 1997. She joined the National Science Foundation in 2015 serving until 2017 as Division Director for the Division of Environmental Biology in the Directorate of Biological Sciences. Prior to 1997 she held assistant and associate professorships at San Diego State University.

She holds a Bachelor of Arts in biology and religion from St. Olaf College in Minnesota, a Ph.D. in Zoology from Duke University, and was a postdoctoral fellow at the Smithsonian Institution in the Division of Fishes and an NSF postdoc in developmental biology at Dalhousie University in Nova Scotia.

“I’m thrilled to be joining NEON,” Mabee said. “It’s an exciting time for the program with new and more ecological data being generated every day now that the observatory is fully operational. The complex environmental challenges of our time require exactly the type of data that NEON is producing and the convergent scientific approaches that the broader science and engineering community brings.”

During her distinguished career Mabee has authored more than 60 research publications, received 12 NSF and NIH research grant awards totaling close to $7 million, and held numerous editorial and advisory board positions. She was named an AAAS Fellow in 2004 for her fundamental studies in evolutionary and developmental biology. She is a frequent reviewer of proposals and manuscripts and a sought-after speaker for national and international conferences and events.

At the University of South Dakota, she received the President’s Award for Research Excellence, the President’s Award for Innovation and Entrepreneurship, and the Cutler award for teaching excellence. Nationally she has served as the president of the Society of Systematic Biologists, and on the Board of Governors for the American Society of Ichthyologists and Herpetologists.

“Paula has been a strong advocate for NEON and brings experience from a long and successful academic career in the life sciences and big data,” said Mike Janus, vice president for Environment and Infrastructure at Battelle. “This blend of scholarship and leadership will serve the NEON program well and we are happy to have her join us,” he said.

“We’re delighted that Dr. Mabee is joining Battelle,” said Michael Kuhlman, Battelle’s Chief Scientist. “We performed an extensive search and selection process, gathering feedback from our advisory committee and other members of the ecological community, and are looking forward to her leadership.”

Mabee begins her new position on February 3 after completing her current responsibilities at the University of South Dakota.