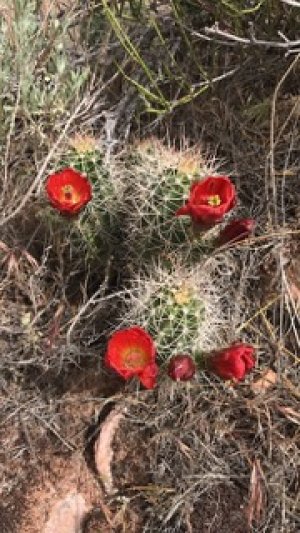 Walk through a park or nature preserve in your area, and what do you see? Perhaps it's a northern woodland full of conifers, woodpeckers, seed-eating songbirds, squirrels and chipmunks, bark beetles and wood ants. Or maybe it's a southwestern desert where jackrabbits, coyotes and rattlesnakes move through a landscape dominated by cacti, brittlebush and desert mallow. Each local area hosts a characteristic community of plants and animals that make up the ecosystem.

The exact composition of each local community is influenced by variables that include evolutionary history, current climate and interspecies competition or codependence. A study led by Will Pearse of Utah State University is using NEON data to quantify the roles of these different variables in the assembly of ecological communities. He and his students are working to build better models of community assembly that will enable them to predict the species that will occur in different ecosystems, the traits that these species will have, and how changes in climate may impact species spread and diversity in the future. The results could inform predictions of the spread of invasive species and pest and pathogen outbreaks.

A Statistical Model of Evolutionary History

Will is an Assistant Professor in the USU Department of Biology & Ecology Center. He and his students are working to build a statistical model of evolutionary history that shows how species traits have changed across time and across different environments. The goal is to build a better understanding of evolutionary drivers and how they relate to species traits, which can then be applied to predict where species will be found today and how their traits will vary across regions. They are using data from NEON field sites across the country to validate the model and test the predictions.

This statistical modeling approach takes a big picture view of evolution, looking at how evolution plays out across whole phylogenies (groups of related species) rather than on a species-by-species level. Will explains, "Much research focuses on studying ecology one species at a time, but this is very time consuming. We want to move to broadly modeling the evolution of ecological interactions across the branches of the tree of life."

Will and his team are reconstructing evolutionary history using fossil data, morphology data and DNA. Undergraduate students Jake Stachewicz and Hillary Woolf have been analyzing trait and DNA data to reconstruct the evolutionary history of beetles. Post-doctoral scholar Amanda Gallinat has been instrumental in developing the statistical models.

Looking at Species Traits and Environment Across the NEON Sites

The team is using NEON data to develop and validate the model. They used DNA data collected from organisms at NEON field sites to fill in some of the evolutionary history. They are using species counts and trait data to look at how species presence, diversity and traits vary across the NEON field sites, including plant, small mammal, bird, beetle and tick data sets. These data are freely available through the NEON Data Portal.

"Many species traits are influenced by the environment they are found in," Will explains. "For example, Allen's Rule says that animals living in colder climates tend to have shorter limbs than similar species living in warmer environments. In plants, we see traits like Specific Leaf Area vary with different temperature and precipitation patterns."

Understanding these relationships allows researchers to predict where species with certain trait patterns will be found. Will’s team is testing those predictions by using a statistical technique called a Phylogenetic Generalized Linear Mixed Model to correlate species presence or absence, abundance and certain traits with environmental data from NEON sites, and to describe the evolutionary patterns of those relationships.

This type of analysis allows them to see, for example, how beetle body size is correlated to temperature or precipitation patterns, or how the presence or absence of certain bird taxa is related to presence or absence of certain types of plants. In addition to correlating traits to environment, the model will look at how species are co-located with each other or excluded by the presence of other species. Will wants to quantify the roles of several different drivers of community assembly, including:

Discovering the Rules of the Game

The scope and scale of the NEON project has enabled them to build models that have not been possible until now. NEON gathers plant, animal and climate data using the same methods at 47 terrestrial field sites located in 20 ecoclimatic domains across the United States. This allowed Will and his team to look at data from many different ecosystems and environments across the country. Will says, "We could not have built these kinds of models without NEON. The data cover such a broad range of environments and species. This allows us to build powerful models and look at differences and commonalities between different kinds of ecosystems."

The ultimate goal is to understand how ecosystems are changing and the drivers of those changes. Comparing current-day data from the NEON sites with the evolutionary models will also provide insights into how fast species are able to change in response to changes in their environment. "Are species evolving quickly, or are they under constraint?" Will asks. "How is community assembly changing in response to changes in climate or other factors?"

Building better models of ecosystem change could help us protect ecosystems and preserve the services they provide to us—such as clean water, food and recreational opportunities. The models could also provide insights into how pests and pathogens are spreading over time and the conditions that support their spread.

"It's all about understanding the rules of the game," Will says. "If we understand how ecosystems evolve, we can extrapolate those mechanisms to other places."

Will's project also serves another important purpose: introducing underserved student populations to scientific methods and concepts. USU serves a large population of Native American students, many of whom come from under-resourced Reservation school systems. These students may not have had exposure to high-level computer skills and advanced science classes that students coming from more fortunate districts may take for granted. Nearly 70% of the student body at the USU Blanding campus is Native American.

The Native American Summer Mentorship Program (NASMP), directed by Elizabeth Ogata, was developed by Utah State to expose students to cutting-edge research and help them build skills in science, technology, engineering and math (STEM). Many of the participants go on to pursue STEM degrees. Will is an active participant in NASMP and other outreach programs for underserved students.

Will teaches a one-week data science skills session each summer, which focuses on how ecological questions can be answered with big data. He also offers students in the program an opportunity to visit NEON's Moab (MOAB) field site, located in southeastern Utah. This gives the students a chance to see how ecology field research is done. After exploring the NEON field site, they have the opportunity to complete an independent project using NEON data.

Will says that this program is one of the most rewarding parts of his work. "They are not all going into ecology, but they are all gaining valuable skills. And they learn to believe in themselves and recognize that they belong here. I really value seeing them realize that they have a place in this community and they improve it by virtue of their presence."